We transform your team into an orchestra

das.imtakte.team© is an analog rhythmic intervention for teams and groups. Nothing can make the success of an event more durable than an unforgettable shared experience. Wherever people work together, team spirit is required. Good orchestras achieve excellence not only through the virtuosity of individual musicians, but also via the ability of all participants to mindfully engage each other and to create a work of art in a synchronized state. Surprise your team. Let it enter a room full of exciting drums. Leave the rest to us.

We synchronize your team within a few moments

The universal human capability for versatile synchronization is an indispensable coordinative competence for music, dance and numerous sporting disciplines. It seems to stem from a deep desire, and to be an elementary attribute with the primarily socio-biological function of strengthening social cohesion within a team or group.

We bring your team in musical dialogue

As a key element for coping in the present and shaping the future, effective communication plays a fundamental role in the functioning and survival of a community. One part of communication occurs nonverbally, another works through language, which itself follows rhythmic patterns. das.imtakte.team© encourages team communication on both levels. Making music together is not just a human instinct, but also a transformative technology that is – analogous to language – able to change the worldview of the people.

We awake the sense of community in your team

What force enables people who jointly indulge with others in a drum rhythm to dance for hours? Is it the same one that gives us a strong sense of community by the thunderous applause of thousands, or that makes rowing in a team more efficient? The social function of rhythm prepares and confirms Community. For thousands of years people have used drums to induce a strong sense of community on special occasions. Analogous to archaic tribal societies, teams benefit in a modern business context from the strong community-binding effect of rhythmic team activity.

We enable the experience of cooperation via rhythm

Through synchronization, rhythmic team activity becomes a motor for the ability to cooperate, as common experiences are perceived both individually and collectively. Individuals acting synchronously form an integrated social unit. The individual perception is enhanced by that of others. After a das.imtakte.team© – interaction, the participants perceive more similarities and empathy amongst each other than before. They recall more of what the others have said, and their ability to cooperate is demonstrably improved.

In the web of intoxicating rhythms, the participants of a professionally managed drum event feel carried by the group. This strengthens their confidence in the team lastingly. Collective rhythmic action is a form of social action and strengthens the sense of cohesion and team identity. Teams performing in time are intact, at least in the moment of synchronized activity during a das.imtakte.team© – drum event.

We inspire and motivate

The motivation to act together is inherent in mankind and is reinforced by positive common experiences. Beyond that, a das.imtakte.team© – drum event motivates the individual participants to make a contribution to the success of the collective whole and strengthens thereby the team spirit.

We bring timing to your team

A das.imtakte.team© expands at the social level and is therefore much more than a musical adventure. It encourages and supports focused participation in social events, helps the participants take a closer look at what they do together, increases group cohesion and turns out – particularly in terms of social competence development – to be an effective action towards team development that is also fun!

We take your team on a rhythmic adventure

Even Plato knew that the recognition of complex structures in music serves to structure awareness. A drum rhythm is ordered auditory information that can trigger flow. The absence of self from consciousness in flow does not mean a loss of the same, but the loss of consciousness itself. The more concentrated and unconditionally the participants indulge in the rhythms of a das.imtakte.team© drum event, the more they seem to form a single unit. Pure joy spreads throughout, and nothing else matters but the devoted synchronization with the group.

We bring rhythm into your team

When the two artists Gerhard Kero and Ulli Sanou discovered a shared passion many years ago, and subsequently visited West Africa for eleven winters for study purposes, they did not yet realize what a universal and ingenious tool they had discovered in the complex rhythmic culture of Maninka and Bamana. First they went on many international concert tours, produced several albums and completed primarily artistic stage projects. Later they founded with  beatfactory the first drum school in the German-speaking countries. Since that time they are active on a daily basis using rhythm to transform groups of individuals into communities. They are internationally recognized as founders of the djembe scene in Europe. In 2008 they established with dj.e.m.be© the first comprehensive graduate education for djembe culture and designed the three-part Audio Workshop Djembe Spielen Lernen. With das.imtakte.team© they developed the artistic quality concept for an analog rhythmic intervention, which has been successfully implemented with countless teams since 2005. 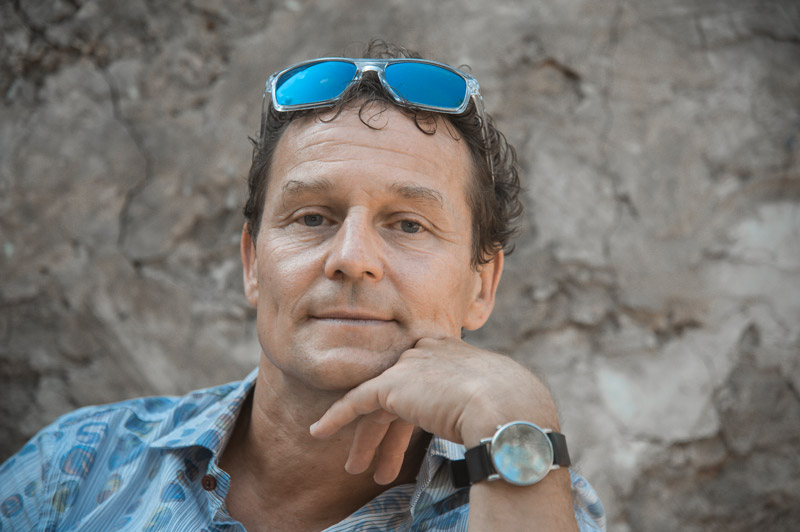 The extensive repertoire of rhythm instruments from the musician and composer Gerhard Kero can be heard on at least twenty released albums. In addition to his years of musical research in West Africa and his work as a trainer and educator, he devotes himself to rhythm research related to social competences, group cohesion and flow. In 2016, his study Team in Rhythm was published by Hollitzer Wissenschaftsverlag, in which the influence of analog rhythmic interventions on social skills was described, and for the first time empirical evidence for the power of rhythm in team building processes is provided. In 2018 he was able to demonstrate the significant learning-facilitating effect on rhythm learners through the vocalization or onomatopoetic coding of auditory patterns in an experimental blind study: Sprechen Sie Rhythmus? 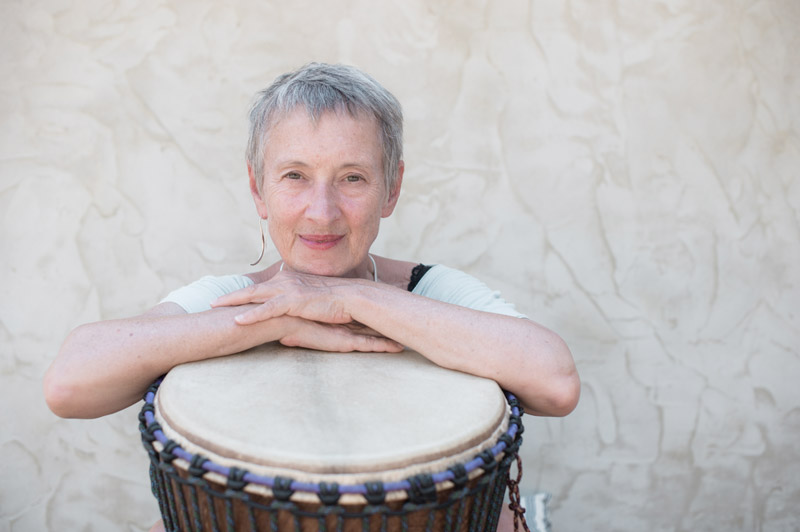 Before Ulli Sanou devoted herself to the sophisticated and virtuosic percussion of West African Maninka, she worked after completing studies of art at the University of Applied Arts as a graphic designer. Her numerous studies in the core countries of djembe music influence not only her professional and well-established didactic drum courses and workshops, but also her work as a teacher of African dance. Her students benefit from her education as a Feldenkrais trainer and the resulting deep understanding of organic and economic movements. With her recent Mali novel Aus dem Rhythmus she proves her writing in addition to her musical skills.